How To Critical Think, Redux

Saturday, 2:33pm
Reno, NV
“When I look back on all the crap I learned in high school, it’s a wonder I can think at all…” (Paul Simon, “Kodachrome”)

As I was writing a new article to post here, I used a term I invented: “Critical Think”. It’s not all that original, as ground-breaking terms go… but the idea behind it is very important for anyone seeking to move up a level or two in their career (or in their quest for ultimate happiness).

So, I’ve dug up the post where I first explained Critical Think, and I’m dragging it back onto the dance floor.

Really, this is timeless stuff. Enjoy:

Someone recently asked me to offer a clue on how to nurture critical thinking.

It’s a fair question.  And while I’m no neuro-scientist, I talk about critical thinking a lot, because it’s the foundation of great writing, killer salesmanship, and engaging the world with your throttle wide open.

However, it’s not an easy subject to grasp if you’ve seldom taken your brain out for a spin around the Deep Thought Track (as most folks have not).

So let’s explore it a little bit here…

Critical Think Point #1: Yes, I know the headline on this article is a grammatical car wreck.  It should be “how to think critically”, or at least “how to critically think”.

But this botched phrasing is actually part of the lesson I’m sharing here.

Consider:  The vast majority of people sleep-walk through their lives and careers, never going beneath the surface of anything.  They process, at most, a small fraction of the information they see, hear or read about.

It’s pretty much GIGO.  Garbage in, garbage out.

So the first job of any good marketer is to

deliver some level of brain-rattling wake-up call for the prospect.  To literally jolt them out of their semi-permanent reverie, and initiate a more conscious state of awareness.

Cuz you can’t expect a somnambulant zombie to be proactive about following through with your request for buying something.  Or opting in.  Or even just continuing to read.

Thus: Good ad writers make full use of the incongruous juxtaposition of compelling sales elements — or, for short, the “hook”.

Ideally, you want the induced “WTF?” reaction strong enough to unleash a splash of adrenaline, or even physically make ’em bolt up and take notice.  (As in, “That can’t be right! This violates my entire sense of what’s real!”) 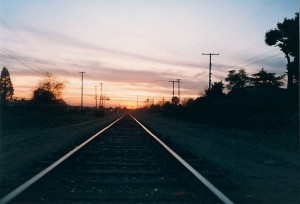 Sunday, 3:09pm
Reno, NV
“The shortest distance between two points is a straight line, unless you’ve got a black hole handy.”

Veteran entrepreneurs recognize this, of course, as an acronym of “Keep It Simple, Stupid“… easily some of the best biz advice I ever received in my long career. I carefully printed this slogan out, by hand, on a big notecard and had it taped above my desk for years (though, my sign was even more direct and vicious: Keep It Simple, Shithead. I wanted to get my own attention.)

I made good use of slogans during the early days. “Business before pleasure” was also huge for me, since I’d squandered my youth as a party-hardy slacker… and simply re-directing my energy first to biz (and having evil fun afterward, if I still had any juice left) instantly changed my entire existence. I made a vow to myself — my first real vow that I took deadly seriously — to follow that self-administered advice without hesitation or complaint… and to never apologize for basing my career on a hackneyed phrase that few people ever thought twice about. And that’s when things started popping for me, success-wise.

That was a key realization: All those dog-eared rickety slogans, as mocked as they are, have earned their way into the culture…

… because they Read more…

Brain Tempest (Downgraded From A Storm) 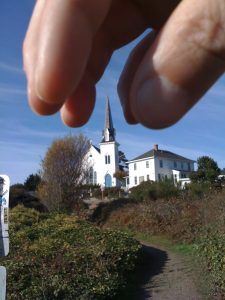 Howdy. Sorry about being such a potty mouth right off the bat there… but that Taxi Driver quote is just too perfect for setting the stage.

Here’s what’s up: I’ve been involved in high-end, professional-level brainstorming and masterminding for, oh, around 30 years now. I think I’m starting to get a handle on it, too.

Okay, I’m joking. After spending half my career butting heads, arguing and mentally-wrasslin’ with legendary thinkers like Gary Halbert… with a LOT of money, reputation and consequences on the line…

… I actually DO know a little something about working over an idea, ripping away the bullshit, and uncovering the overlooked, ignored, and spot-on nuggets of truth and success-potential most people miss.

The process is very much like sausage-making: Not pretty, and not for the weak-kneed.

However, if you truly desire to run an idea, project or plan through the gauntlet of REAL brainstorming…

… it’s still the fastest way to load up your war-chest with tactics, strategies and solid creative mojo. So you can get moving on conquering the world (or your niche, whichever).

But here’s the kicker: Hardly any veteran marketers have a clue how to brainstorm effectively.

Folks just naturally suck at it. And recoil in horror when confronted with the real thing in action. (“No!“, they cry. “It just CAN’T be that brutal!“)