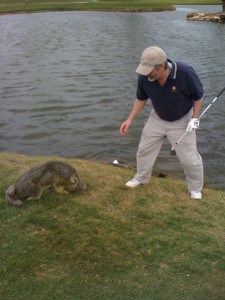 Recently, I published a series of posts on Facebook under the theme “How To Win An Argument”. Over the week it ran, there was a vast and animated flurry of comment and interaction — the posts hit a nerve.

Fortunately, because that series got so much traction in Facebook, I decided to gather them and post the series here in the blog, so they’ll go into the archives (and thus can be easily accessed by anyone interested). I say “fortunately”, because apparently Zuckerberg and his evil Facebook henchmen decided that all my January posts before the 20th (which included the argument series) needed to vanish from the face of the earth (and the virtual earth that is social media).  Poof. They’re gone. No explanation, no way to get them back (though I’ve been searching for tips and asking for help from colleagues — there are a lot of videos out there pretending to have the secret of restoring “lost” posts, but they don’t work).

I’m kinda stunned… but glad I’d already copied and pasted those initial posts here. I’m doing the same with other FB posts from the past — just getting them copied into a Word doc, in case Zuck goes berzerk again. Jeez Louise, you probably need to take the same precautions if you have valuable posts you don’t want to lose.

So, Lesson #1: Do not trust Facebook to archive anything. The joint is crawling with post-devouring demons or something.

I’m not saying that everything I post there needs to be carved in stone. But I do write some cool shit on my wall, occasionally. It’d be nice if it remained there.

Anyway, below is a mildly-edited collection of that series on winning an argument. I didn’t save the dozens and dozens of comments, and that’s a shame — it was a great thread, full of other lessons. For example: The easiest way to get a whole bunch of folks frothing is to talk about (a) sex, or (b) their belief systems. They go nuts. As you’ll see below, I just laid out my views on how to handle people who want to argue and how to define “winning” for yourself… and that just pissed off some folks. Even discussing arguing inflamed their knee-jerk need to argue. Humorous, ironic, and illustrative of how whacko human beings can be. Also, as a marketer, informative — especially if you want or need to introduce some form of argument or alternative view into your advertising.

And, yes, this entire series is very much aimed at marketers. Great ads seldom argue, though they may be pushing buttons right and left. The psychology is subtle, but awesome.

So, without further ado, here’s that series. Love to hear your comments… which will all go safely into the blog archives, where Zuckerberg can’t touch them:

How To Win An Argument, Step 1: The primary rule is simple — never Read more…

The Rest Of Your Freakin’ Life (again) 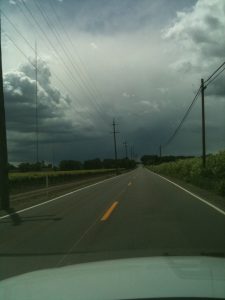 Special Note If You’ve Just Come Here From My Facebook Rant On Winning Arguments: If you’re looking for a fast, thoroughly fun way to quickly learn high-end salesmanship skills… for a screaming bargain, no less… grab a copy of my must-read book “Kick-Ass Copywriting Secrets of a Marketing Rebel” here.

I’m re-publishing — for what has become a very popular tradition on this blog — one of the more influential posts I’ve ever written.

So, even if you’ve read this post before… it’s worth another look. Especially now, as you gaze down the yawning gullet of 2013, trying to wrap your brain around a plan to make the year your bitch.

This tactic I’m sharing with you (again) is something I’ve used, very successfully, for decades…Read more…