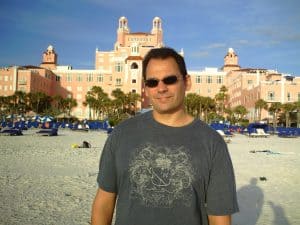 Sunday, 3:25
Tampa Bay, Florida
“So I said to the captain, please bring me my wine… he said we haven’t had that spirit here since 1969…” (Hotel California, of course)

… by our good friend (and notorious freelance copywriter) Kevin Rogers.

I asked him to share the stories below, because they cracked me up when he first told them to me…

… and I realized the lessons for entrepreneurs here are just as solid as the stuff I picked up (early in my own career) from the street-wise salesmen I hung around.

Those real-world lessons from the dudes who knew how to close a deal face-to-face are critical to any decent sales process… even if you’re completely digital and never actually meet your prospects in the flesh.

This stuff is pure gold.  So listen up.  Here’s Kevin…

Okay, let me tell you a story about why bellmen don’t mind wearing those goofy uniforms at busy hotels and resorts… and how the lessons I learned in the job fit so well in the entrepreneurial world.

It’s true.  One of the most eye-opening jobs I held in my previous life — before freelance copywriting — was as a main entrance bellman here in Florida.

I learned more about “street-smart selling” in my short time in that role than from any other gig, including stand-up comic, bartender, or even Marketing VP of an online real estate company. 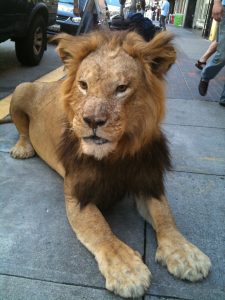 Tuesday, 2:32pm
Reno, NV
“And you may ask yourself, where does that highway go?” (Talking Heads)

… on a very important topic.

You hear me nattering about “Operation MoneySuck” all the time.  And some folks are confused about what it means.

So let’s do a refresher.

Here’s the story: Early in my career, I was hired by advertising legend Gary Halbert to help him write ads for clients.  The first day I arrived at his offices on Sunset Blvd (in West Hollywood), we were scheduled to slam out copy and plot “next moves” with some current clients.

However, just as my butt hit the chair across from his desk, two (count ’em, two) secretaries AND his red-headed girlfriend (notorious for getting her way) burst in with bad news.

Lots of bad news, in fact.  The printer had just broken down, and shit needed to get copied NOW.  Some guy was ranting and raving on Line 2, threatening legal action over something.  The landlord was on the way up in the elevator, because there was a problem with the lease.  The bank was on Line 1, and so on.

These women were shaking with panic and consternation, freaked out by the urgent crisis-level emergencies that…

I sighed, and started to gather my stuff, ready to split until Gary had attended to all of this mayhem.

Instead, he held up his hand… shushed everyone… and gently ushered the secretaries AND his red-headed girlfriend (notorious for getting her way) out the door…Read more… 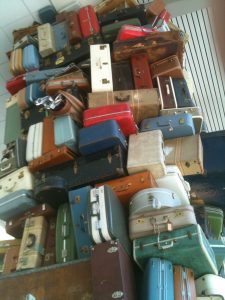 Thursday, 8:54pm
Reno, NV
“I’m worth a million in prizes… yeah, I’m through sleeping on the sidewalk…” (Iggy Pop, Lust For Life)

Winner gets a prize.

Here’s the lead-in to the question: Over the past week, I’ve done a number of sizzling teleseminars with such luminous marketing stars as Rich Schefren, Melanie Benson-Strick, Christina Hills, and Lisa Wagner (with another one hosted by Gary Halbert’s sons coming up in a few days)…

To get the ball rolling in these teleseminars, everyone emailed their list and requested folks to send in the BIG problems that keep them up at night.

So, you know, we could fix those problems, right then and there on the call.

Speed Hot Seats, we call it.  You bring the mess, we bring the mojo to make it right (and get you back in the saddle, in the right groove to get you moving toward your goals again).

These teleseminars rocked.  Totally awesome, and I hope you had a chance to hear at least one of them.

It’s always a blast to witness how fast, and how thoroughly the toughest problems you believe are holding you back… can quickly be deconstructed, clarified, de-mystified, and solved (with specific actionable steps that can be taken right away).  No theory.  Just hard-core business savvy, applied to the wound directly.

What’s this got to do with our quiz?