Quick post tonight… cuz Conan’s second-to-last Tonight Show is on in a few.

(I’ve never been a die-hard fan of the dude, but these final shows should be history-making.)  (I stopped watching late night talk back when Letterman abandoned his DaDa-esque 12:30 show for a boring earlier slot on CBS…)

As a lifelong wordsmith (that’s “writer” to you), I long ago learned to respect language.

It seemed a no-brainer to me.  Language is our primary communication tool… and English just happens to be the most flexible and use-able one ever created.  Unlike every other language out there, it inhales foreign words without problem, gives group-hugs to slang, and offers an amazing cornucopia of choices when you want to get your point across…Read more…

Friday, 8:52pm
Reno, NV
“Nobody made a greater mistake than he who did nothing, because he could only do a little.” (Edmund Burke)

It’s hard to know how to help when horrible things happen far away.

Hell, it’s hard to get decent information… in spite of the 24/7 cable news channels.   (I just saw a rerun of one show from earlier in the day — with no admission by the network that it even was a rerun — spreading several completely false rumors that had been debunked online when it ran the first time.  I wish there was one freakin’ news source that would stop searching for the “human interest” story — or worse, grind some hack political point — and just report the goddamn facts.)

Okay, I’m an idiot for even dreaming that TV news could ever rise above sniveling mediocrity.  Shame on me for wasting time trying to learn anything from the boob-tube.

In fact, I instinctively went online to get more info when news of the earthquake hit… Read more…

Are You Freakin' Kidding Me? 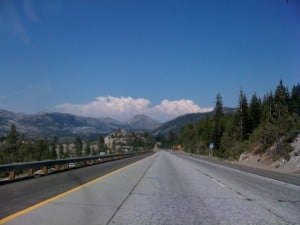 Tuesday, 9:18pm
Reno, NV
“He who refuses to embrace a unique opportunity loses the prize as surely as if he had failed.” (William James, the Godfather of modern psychology)

Okay, let me get this straight…

… well, I can’t even begin to fathom what your “because” reason might be.

I’m sure it makes some sort of sense to you… but it’s probably an illusion.

I understand the weird, twisted way humans look at opportunity… because I nearly allowed the Big One to get away from me.

Like most folks, I sorta resented opportunities.  They never appeared at convenient times, it was seldom clear what was involved, and there was always some change required if I wanted to pursue it.

I had learned — as most people do — that if I just looked the other way, that pesky opportunity would vanish…Read more…

Did you go out and do any damage on New Year’s Eve?

Hope you got home safe, if you did.

The world turns into Crazy Town every 12/31, and you can’t projectile-puke in any direction without hitting people who seldom (or should never) drink pounding down Jagermeister and double-bourbons like they’re channeling Hunter S. Thompson in his prime.

… and even then, I only went out because I was sitting in with a band in some bar or club.

There’s a small bit of safety being on a stage while the rookies party below. Even in the sleaziest biker bar I’ve ever had the pleasure of performing in… the bad-asses never assaulted the band.