So, How’s That Working Out For You? 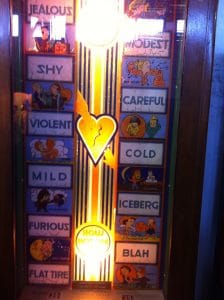 I am, today, resurrecting a post from a very long time ago…

… because the subject matter just won’t die. Like a zombie, it just keeps getting back up and stumbling forward to irritate and annoy me.

… cuz it’s one of those fundamental lessons for anyone who got into business to create wealth.

As opposed to, say, getting into business just to have something to do during the day.

Every successful entrepreneur will tell you the foundation of their wealth comes from paying attention to the fundamentals. The wild-and-crazy ideas are fun, the vows to take over the world make you feel awesome, and gorging on fresh technology is invigorating.

But you won’t earn a dime off any of it without knowing the nuts-and-bolts part of putting ideas, vows and tech into action.

Just like being really, really, really eager to demolish your opponent in a cage fight will get you killed if you don’t have the fundamentals down of hitting and getting hit.

Enthusiasm is great. Skills and knowledge are how shit gets done, however.

I tell rookies to never, ever assume anything about anything. Ever.

Especially about your target audience. One of the biggest mistakes marketers make is to assume your prospect knows as much as you do about whatever it is you’re selling.

And it’s almost never true. You’re dealing with your product/biz/service day in and day out, and you’ve dealt with the details so often, it’s all second-nature to you.

But your prospect isn’t working in your office. Even if he’s in the same general market as you, he has other priorities. He may desperately need what you offer… Read more…