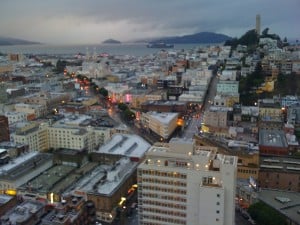 I’m off having more fun than you this week…

… meeting up with a bunch of crazy writers in Baghdad By The Bay for a nice gourmet feast (delivered by the world-renown “Beer Chef”, who pairs super-delicious fare with micro-brews instead of boring old wine)…

… followed by, well, being in San Francisco with a bunch of crazy writers.

Oh, there will be stories.

I suggest you follow us on Twitter.  (It’s the Usual Suspects at the core of this adventure: Harlan, Morgan, Lorrie, Kevin, Garf, Curly, Mark, Dahl, etc.)

If you’re not following me on Twitter… first, get your head examined, then check in at www.twitter.com/johncarlton007.   (Don’t forget the “oo7” part.  Some other doofus nailed “johncarlton” long ago — turns out, it’s a fairly common name.  Not that I’ve ever met one of the imposters personally…)

… take this opportunity to go back through the archives and get hip to why this blog is so popular in the first place.

There’s almost 5 years of good stuff waiting for you.

And I’ll see you back here in a few days.

If, that is, I survive the weekend in SF.