Why People Despise You 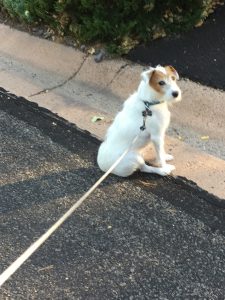 Not everyone likes you, you know.

This is a great lesson to learn (and re-learn, relentlessly) as you get after your personal and biz goals.

… so will the chance that somebody, right this very minute, is pissed off at you.

You’ve got to develop a thick skin about it, too.

… so it’s not hard to imagine some of my, say, 5k Facebook “friends” (who I’ve never met) seething in rage over something I’ve written or done.

I think, more than anything, this sensitivity to feeling unfairly hated keeps some really good people from the upper levels of entrepreneurship.

It certainly limits the political class to folks who can withstand insults, ridicule, and official investigations…

… and could you really live happily as a movie star stalked by paparazzi and deranged fans?

Unless you’re a true sociopath, it bugs you.

There’s no denying that.

Online, evil snarling trolls are free to lie about you, spread rumors, and take out their pent-up frustrations with being… well, with being a troll… on you.

In psychology, there’s something called “transference”, where you assign to someone else all the horrible urges roiling inside your own head.

So you’re not the bad guy at all — that other guy is!

While freelancing, if you run into a potential client who insists that “money is no problem”…

… you can be sure that money very much IS a problem.

It’s the same with most other declarations in life — you can pretty much discern what demons populate a dude’s brain just by reversing most of what he says.

The best tactic, when confronted with trolls in any form, is to ignore them.

Or, if you engage, to keep it civil and give the troll enough rope to hang themselves.

I’ve dealt with hecklers while on-stage…

… and occasionally on my Amazon book reviews.

Right now, I’ve got some guy accusing me of all kinds of evil things, and because Amazon leaves every review up (regardless of the intent or sanity of the writer), I had to get engaged.

It just doesn’t seem fair that a misguided review should stand unchallenged, and maybe deter some good person from getting the book (which, in many cases, would help him tremendously).

I worked, literally, for years on that book.

It’s my baby. I put my heart and soul into it, and while it’s not for everyone (I would never suggest someone read it for “fun”, for example — it’s a business book), it’s certainly not some heinous plot to scam anyone, either.

It proves my point of exclusivity (this book really is aimed at entrepreneurs who crave truth and reality-tested tactics, and not your garden-variety dreamer).

So, I went through my usual tactic for dealing with trolls: I wrote out my reply to him in a separate document.

In most cases, I would then destroy that document, and never publish it.

And live happily knowing that I aired it all out in my head, and that’s that.

This is what I recommend you do, most of the time, too.

However, when trolls are given prominent space (and Amazon refuses to monitor reviews, so even nasty attacks stand), it’s worth it to politely and sanely respond…

… so the misinformation is at least challenged or corrected.

However, after you’ve done that, shut the entire episode away in your mind, and never revisit it again.

Negative input will hover in your head until actively brushed aside.

Writing it out helps (even if you destroy what you’ve written later).

Having a special dungeon in your imagination where you lead all bad thoughts, and lock them away, is a great visualization tactic. (Repeat as often as necessary until the thought can’t break free again.)

And work on your thin skin.

The world’s a big damn place, and no matter how much you walk with angels, somebody, right now, doesn’t like you.

P.S. Great way to start the new year, as always, is to read something that not-very-gently kicks your ass into gear.

Every book and course listed on this page does exactly that.

Why don’t you browse some of the stuff you don’t already own, and find something that hits you smack where you need it most… and then buy it.

Meanwhile, happy new year to you and yours.

Getting kind of tired of living in “interesting times”, but what are you gonna do?