What Shrinks Know That You Don’t Yet 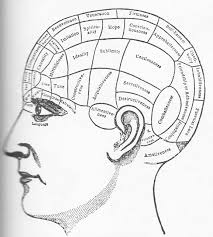 Folks who’ve followed my ramblings and rants for a while know that I’ve had a healthy, life-long love of psychology. Both the academic discoveries, and the street-level revelations that only savvy, old school salesmen ever discover.

And that’s the useable stuff. The insights and tactics that work in marketing, for example. And in dealing with people (who, as you well know, can be whacky and illogical at the worse times).

So here’s one piece of what I call Psych Insights that may help you at a very fundamental level.

Dig: I’ve hung out with — and learned a lot from — a number of professional psychologists.

Most are whacked (with personal lives in complete disarray)…

… but it’s like knowing an insane plumber who can nevertheless fix any pipe problem you have.

You don’t judge the guy you let into your brain’s plumbing by his whackiness, but by his ability to help you.

Anyway, Gary Halbert also shared my fascination with shrinks, and even had one in his inner circle for a few years. (We tried, and tried, and tried to help him get an entrepreneurial project going… but, you know, he was just too caught up in the academic mindset to “get” marketing.)

This particular shrink really understood the territory of human behavior and belief, though. (He’d spent so much time inside people’s heads, he could recognize your particular neuroses before you opened your mouth.) (Yes, you’re neurotic. Get over it. We all are.)

What I learned from him (and other shrinks, both the good ones and the close-to-being-committed-themselves ones) gave me awesome persuasion tools to work with in ads.

But I also learned a lot about living well, too.

Here’s just one example: Generally, you can divide everyone you meet into two main camps:

This seems obvious until you start realizing how this belief is the foundation of just about every decision people make in their lives.

Experience will affect your outlook over time, of course…

… but that fundamental belief usually remains.

I grew up considering the world mostly safe… with lots of caveats.

This meant we were fearless about getting ourselves into tough spots as kids, as we tested and retested our boundaries and abilities to deal with dangerous (and often idiotic) situations. I discovered there really are lots of unsafe corners in the world…

… but I also discovered that you can build new skill sets that help you deal with the danger.

The kids who were too terrified to follow us into adventures never learned much about avoiding getting hurt. They missed out on both the skinned knees and the confidence of having survived yet another brouhaha.

The bruised-but-better-equipped kids went off in one direction in life, and the scaredy cats went off in the other direction. Forever.

In marketing, there are many audiences who fall into one or the other of these two camps…

… and realizing this can make your communication with them massively more effective.

The self-defense market loves paranoia, for example. Golfers who buy lessons are often positive the game hates them and course designers personally created sand traps to gobble up their shots. (Seriously.) And the “find romance” markets are full of folks who, usually out of fear, delayed their entry into the mating game.

Some markets — like guitar lessons — don’t fall into either camp.

… but knowing where the majority are helps you start your copywriting journey off in the right direction. (Diet markets, for example — most prospects have been burned over and over again by fads and BS, which makes them distrustful. However, workout markets are inherently more positive about change.)

You don’t bully the fearful, and you don’t coddle the fearless, basically. Just this insight alone will help you go deep into closing pitches that work shockingly better, simply because you’re speaking directly to your prospect’s main belief system.

Never assume anything about your market, without researching and garnering enough real info so you would bet your ass on being correct.

Hope you’re having a great summer…

P.S. Most of my books are filled with insight on how to deal with your fellow humans out there in the gnarly biz world.

“The Entrepreneur’s Guide To Getting Your Shit Together” is an excellent place to start. Grab your copy here.