It's All Fun & Games Until… 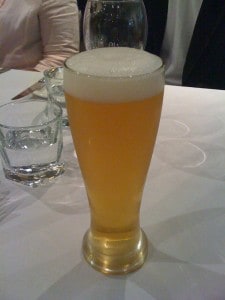 Special treat today on the blog.

Another guest post by our good friend, colleague and former stand-up comic (before his new career as killer copywriter), Kevin Rogers.

(Kevin is also the head writer for my Stable O’ Copywriters project, where you can find a recommended freelancer who meets my strict standards of professionalism — and who has my ear for consultations: www.carlton-copywriting.com.)

This cat is funny.  And every time Kevin and I hang out, I’m reminded of two things:

1. Nearly every top marketer and writer I know personally… has a shockingly-acute high-end sense of humor. (This explains the comraderie you see among the best in the biz.  We make each other laugh.)

2. And… there are awesomely valuable insights to life and success available in studying lessons in tales from the “vice squad”. (Meaning, that part of living well which includes hanging out, challenging the boundaries of sobriety, and squandering time laughing as hard as you can for as long as you can.)

Being funny won’t make you smarter.  And it doesn’t bestow an automatic deeper understanding of human behavior.

However… if you pay attention… you will discover insights and rules for living well that are simply not available to uptight folks.

That’s why I’ve asked Kevin to chime in again here.  This is his third guest post.  (The only other writer to have guest-posted here is my buddy David Garfinkel.)

So, without further ado… here’s Kevin.

Don’t try to read this while drinking carbonated beverages — it’s hell spitting it out through your nose while guffawing.

Hey, great to be here… let’s here it again for John Carlton folks… the only blogger in history to spark a 600 comment riot with a psychological Dixie cup riddle.

Let him know you love him, everyone… John Carlton.

Okay. No more stand-up comedy/copywriting anecdotes for this post.

Today I want to discuss something much more relevant to all serious marketers: Booze.

… but rather the art of ordering a cocktail.

You can tell a lot about someone by the way they order a drink… and there’s a great marketing lesson in that simple act that could be the “a-Ha!” moment of a lifetime.

Towards the end of my comedy career, when road life had finally reduced itself into a sappy Bob Seger song, I realized it was finally time to go legit (gasp!)…

… and so began my awkward re-entry to the great American workplace.

I was almost 30… and after a decade of stand-up, the only skills I could fudge on a resume were “long distance driving” and “heckler control”.

So, unless I wanted a new career as road manager for, say, a fledgling white ska band from Wisconsin, it was clear I would need to get me some education.

As luck would have it, The ABC Bartending School in Mount Prospect, Illinois was just about to kick off its summer session.  I dusted off my academic chops, dove in, and passed with flying colors.

A few happy coincidences later, I was manning the afternoon shift at one of the oldest taverns in Chicago. (By the way, first rule of tending a real bar: Never admit you graduated from bartending school.  You’ll get tagged as an elitist snob.)

This place had been slinging booze across the same soggy block of dead oak since before the days of Prohibition (during which they promptly began mixing bathtub gin and became a gangster-haven speakeasy).

The owner was a tough-as-nails but senile old broad named Marge. Every night she would stalk the bar like Mae West in silk pajamas with wild, silver bed-hair… chain-smoking Pall Malls that always seemed to be dangling two-inch ashes.

Marge lived above the tavern in a cluttered apartment reeking of spoiled fish and Ben Gay lotion, with a feisty parrot named “Billy” who cursed like a sailor and attacked my head every time I entered the room (usually to bring Marge cigarettes and remind her not to light them off the stove burner).

“Remember last time, Marge, when you forgot to turn off the burner and the firemen had to come?”

“Are they here now?”

“Go down and buy them a drink on me.”

And, fighting off Billy (as he squawked“Eat shit!” in a Kamikaze dive for my cowlick), I would retreat to the laboratory of marketing wisdom behind the bar downstairs.

Slinging cocktails at Marge’s really was an excellent introduction into the world of street-level selling.

Sure, there’s plenty of sales tactics in play during a live comedy performance…

… but tending bar is a pure closer’s game. (Which is why the gig pays less than the minimum wage.)

So, here is my Great Direct Response Lesson from the world of “saloon commerce”.  It lies in the stark difference between selling like a bartender… or serving like a waitress.

The attitudes a waitress and bartender bring to the sale are polar opposites for this simple reason: As a bartender, people come to you…

… while, as a waitress, you must go to them.

Let’s look at a typical cast of prospects for your business… as if they were patrons in a saloon.

Two thirsty patrons walk into a club. One approaches the bar, ready to buy… while the other grabs a seat at a table and looks for the waitress.

With that simple act, they have qualified themselves in very different ways.

When a prospect sits at a table, they are looking for guidance. They need more info. They want to be led, perhaps intellectually coddled, and certainly paid attention to.

So, it’s the waitress’s (or waiter’s) job to arrive at their table quickly, offer up a big friendly smile, get their order and help ’em feel they’ll be well taken care of.  Their happiness is her responsibility.

The other guy, who headed straight for the bar?  He’s ready to buy.  He’s being pro-active, rather than re-active.

An experienced bartender controls a shocking level of power. If the joint is crowded, he has total discretion over who gets served, in what order. So, it’s up to the patron to show the bartender they are worthy of his attention.

They should have money in hand and a cool, casual look that says: I know exactly what I’m ordering.

(If you’ve ever felt ignored by a harried bartender in a busy bar… it’s because you looked confused or kept your cash hidden in your pocket.  We have little time to babysit rookie drunks.)

It’s a good lesson, for any marketer.  There will always be these two wildly different types of prospect on your list.

The ones who wander over to tables to avoid the frenzy are looking for a very specific kind of service. They include the tire-kickers on your list — those annoying freebie-seekers who want to see how well you can serve them before they’ll make up their minds about you — as well as folks who will become life-time buyers.

However, customer service ranks high on their hierarchy of needs.  They wanna shop, they wanna interact.

Their money’s good… but they require patient attention.

Then there are the eager buyers. They elbow their way through the crowded bar, raise cash in the air, shout their order and tip well.

Low maintenance, independent, no-BS types with money to spend, and a definite goal in mind.

So, our job as marketers is to first get as many people into the place as possible…

… and then inspire as many as we can to crowd the bar and waive cash at us. That is the relationship you create with the right marketing strategy and top-shelf copy.

Eager buyers are your best customers, not just because they are comfortable spending money…

… but because they’re also the most likely to put your material to good use. Which leads to them achieving high-end results and then spreading the word.

Once your action-oriented, cash-in-hand buyers are all happily sipping their cocktails… it’s time to grab a tray and appease the higher-maintenance table sitters.

You do this by making sure you provide every prospect on your list the high-value content they need to get involved.

The main rule is to remember they are human — not just a pile of data. They breathe, and think and pay closer attention than you might think.

Talk to them like a good bartender would… once the crowd thins out and shouts have turned to mellow tones.

Listen to their problems. Offer wisdom without condescending. Attend to their needs patiently and expertly.  Let them find their best selves through you.

And whatever you do… don’t let that damn parrot into the bar. Nothing good is going to happen once he gets riled up.