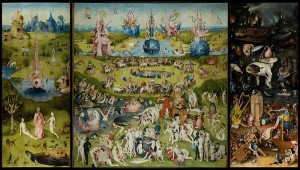 Let’s have a nice chat about betrayal.

Not the big kind, like Shakespeare grooved on (with people dropping like flies, slain by their best pals)…

… but rather the small kind that happens way too often in business.

As in, between you and your colleagues.

Here’s what happened to spur this line of thought: I was just in Austin (Republic of Texas) to speak at an event packed with marketers.

Now, a lot of things happened while I was down there… including a few stories full of intrigue and dramatic plot twists…

… but one little thing happened that could easily harbor the most serious consequences for anyone trying to learn something about being a savvy, successful biz owner.

Let me set the story up for you: Often, when I speak to new audiences, I like to cajole and browbeat the crowd as I put them through some exercises.

It’s all in good fun, and it’s a rare marketer who doesn’t appreciate this kind of old-school learning tactic — essentially School O’ Hard Knocks training, where you’re pushed out of your comfort zone, which wakes up your brain and makes the exercises memorable.

It’s really the only way to learn and have it stick that ever worked with a stubborn, anti-authority kinda rebel like me.

So I return the favor when I teach.  (To mitigate the verbal thrashing and jive-talk, I also like to give out bottles of beer during Read more…