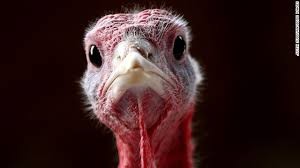 Friday, 2:22pm
Rancho Cucamonga, CA
“Something is happening here, but you don’t know what it is, do you, Mr. Jones…” (Bob Dylan)

Early in my career, while devouring self-help books — I read one Og Mandino for every biz book I read for awhile, just to keep my heart and soul moving forward along with my brain — I even went so far as to acknowledge the non-living things around me. I would thank a keyboard, for example, for serving me so well when I replaced it. And mean it. Give it a decent burial in the trash, introduce myself to the new keyboard and get back to work. Same with my shoes, my thrashed car (which needed the encouragement, I can assure you), my favorite pens, and so on. It doesn’t even seem silly now… it makes sense to be mindful of the tools that help us do what we do. Astronauts name their shuttles, sailors name their ships, and I assign my beat-up leather coat a personality.

For too many business people, there’s no real thought given to the notion of gratitude. They act like just saying the word creates a magical forcefield of wonderment and power.

The things that would make me more comfy — like more leg room, wider and plusher seats, and maybe a mickey in the drunk’s beer next to me so he’ll shut up — are not within their toolkit. I mean, a foot massage would be nice, too, but even mentioning it would have the air marshals on your butt in a heartbeat.

Sometimes it’s just habit, from the old scripts they used to read. The job requirements included big smiles, friendly demeanor even in the face of rudeness, and a steady stream of patter to calm folks down while the jet screamed through the heavens eight miles up.

So even in towns like Reno, you still get the pilots schmoozing about “we know you have a choice when you fly”… when we absolutely do NOT. And every passenger on the plane knows it. If you’re headed anywhere on the beaten track, it’s Southwest or the highway.

… but they aren’t grateful enough to hire more operators to handle your complaint. I mean, c’mon, people. Get real. Those 30-minute hold times are planned. By evil fuckers with big smiles all bubbly with gratitude for your business.

Yeah, get real. Which is what I always advise entrepreneurs and biz owners to do when crafting their business plans and operating scripts. Don’t use the drivel doled out by big corporations when you’re creating pitches to your prospect and customer bases. Be real, tell the truth, and don’t make promises your ass can’t fulfill.

Just like your old drinking buddy who would swear on his mother’s grave to pay you back for the ten-spot he borrows when he needs it… but, of course, has no ability to bring that promise along with him into the future, because he spends every dollar he makes, can’t plan to save his life, and gets offended when you become that asshole who wants his money back. Being true to your word is a vague concept without real meaning. Stop bugging me, man.

If you decide you want to shine at customer service, then DO IT. Don’t talk about it. Don’t slime me with your bullshit sincerity and grandiose promises. Just be really fucking good at customer service. The word will get out, trust me.

Yeah, yeah, whatever. You’re not grateful enough to invite him over for Thanksgiving dinner, are you? You gonna help him move to a new apartment next weekend? Go watch the big game with him at the garage?

No, you’re not. Your main tool is expressing your gratitude, by saying it over and over. But once you’re off on your way, he’s a distant memory.

A nice twenty buck tip gets oodles more mileage than another heartfelt handshake. He may even go out of his way to rescue you the next time you run into a tree, remembering how monetarily grateful you were.

Lying is lying. The small lies in life set up the big ones. Nobody trusts nobody these days, for good reason — trust is and always has been earned, one act at a time. You can’t just announce that you’re trustworthy and have it mean anything.

In biz, the client who brags about money not being a problem… has a cash flow problem. The colleague who talks big about trust is screwing your spouse. The accountant who has a mission statement centered on “serving the client” is embezzling. The joint is filled with liars.

This means there is always one darn good way to stand out in even the most crowded, cutthroat market out there. Just be honest. Don’t bullshit your audience, and don’t try to front-load your reputation with promises you can’t fulfill.

Your audience will let you know what your reputation is, soon enough.

Consequences matter. Stop lying to yourself, to others, and to your business. Yes, to your business — it may not be a living, breathing thing, but it still operates in the corporeal world, just like the rest of us.

Don’t turn it into a lying shit heel, just because you want to sound all corporate-like.

It matters. Real gratitude has teeth, and is connected at the hip with action. Not bluster.